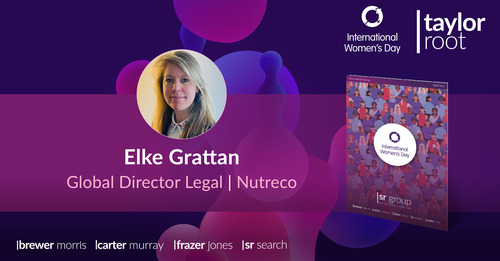 What does “choose to challenge” mean to you?

“Choose to challenge” means to challenge the status quo when that makes sense. But choose to challenge also means “choose not to challenge”. The word “challenge” can have quite a negative sound to it, meaning that if we choose to challenge, we may be seen as difficult or confrontational. This is also shown by the alternative words the Oxford Thesaurus provides for the verb “to challenge”: to dare, to provoke, to summon. I have learned that these are not the most helpful attributes when working in a leadership position in a business environment. Especially not when most of my stakeholders are from a different cultural background. What I may see as a friendly challenge, someone may see as a straightforward attack. Does that mean I never “challenge” anyone? No, but it means that rather than putting up a “challenge”, I try to emphasise another perspective: show that there is more than one way to do something or look at a situation or person. I believe this is a more elegant way of doing the same thing and it turns out that often it is a lot more effective. I try to think out of the box, and most importantly think about the other person’s perspective. How does the other person see me and my role? Might they feel challenged, in the provoked manner, if I bring across my opinion on what they need to do? Does it matter that I am a woman bringing this message? In some cultures, it might. In my daily work as Global Director Legal, I take all of that into account when bringing across my input. This means that I will often start by asking about someone’s business, how is it going, what are the concerns. And I make sure to really listen and ask questions. Next step is to acknowledge that legal is not their core business, and that I am there to support and to help them manage legal risks – keep them out of trouble. The conversation so far is meant to build trust and a true understanding of what is in the mind of my colleagues. After this, there will be less need for challenge, and I often actively choose not to challenge but to collaborate. With the context just provided to me, I ask open questions like “have you thought about what might happen if…, what is your view on…?” In this way people feel less challenged and more invited. Again, does this mean I never challenge anything? No: it does not. But when I challenge something or someone, most of the time it will be well thought through using proper arguments. A challenge I once successfully overcame, is the discussion on working part-time versus fulltime. In 2006 I started my career in one of the Big Five law firms as a trainee lawyer. As I was in my late twenties starting my career, I became pregnant at the age of 30 having worked for the firm for only three years at that point in time. I started conversations about working four days rather than five by the time my daughter would be born. I believe I was the first junior lawyer, who asked to work 80%. After quite a few conversations where I felt like I was asked to think about my priorities “did I want to be a good lawyer or a good mother”, I challenged the status quo by stating (and later on proving) I could be both. I must have been quite convincing as, in the end, the request was approved. It may have helped that I had very good performance reviews so far and that I was working really well together with the partner I worked for in a rather specialised field, but the route to approval had not been an easy one. I worked for four days a week in the law firm, until I left in 2013, and in all those years never had a single complaint about working part-time. If anything, people felt I was more efficient because I had to prioritise. After me, many junior women in the firm started to work four days and later, although not without a renewed fight needed, several male colleagues did as well. I choose to challenge status quo when it is driven by uninformed entrenched positions: the idea that we all have to work fulltime in order to do a good job, and showed that things can be done differently as long as people are willing to think out of the box. After all, arguing the point, presenting an argument, and showing perspective is what lawyers do; choose to challenge is using that when appropriate and needed.

What is one lesson you learnt the hard way?

The lesson I have learned the hard way is that women do not necessarily support each other. Before COVID I travelled regularly for my job. I visited our Operating Companies all over the world to get to know my colleagues, the business and to provide my colleagues with legal training. When I had just accepted the role of Senior Legal Counsel with Nutreco, I excitedly shared the news with my (girl)friends during a dinner in Amsterdam. Women I knew from going to university with, in other words all educated, intelligent women. When I shared what my new role would look like and that I would be travelling the world, the response from this group was the last I would have expected of other women. They ranked from “are you sure?” to “but you will hardly see your kids” and “I would never take a job where I had to be away from home that much”. Only two out of the ten women at the table seemed genuinely pleased for me and congratulated me. Coming home I felt deflated: many women complain about the so-called glass ceiling. But how can we as women complain about a glass ceiling if eight out of ten women keep it in place? My two hands are not enough to count the number of times particularly women have asked me what new role my husband got in Norway when I told them we were moving for three years. We were moving for my job. My husband gave up his job to follow me. In general, men thought he had arranged it well for himself; many women shared it was “unexpected”. Luckily, I have met women ever since, who are willing to support other women, and make sure to do so at every opportunity they get. Not necessarily because they are women, but merely because they are good. Nutreco has started a diversity initiative last year to ensure to retain and hire more women into the organisation. Not because they have to, but because they want to. I applaud women who want to pursue a career, I applaud women who want to be a stay-at-home mum, I applaud women who try to be the best of everything. I try to be a mirror to my female team members, tell them to not be too hard on themselves when one week they are a brilliant lawyer, but lack the time to be with their children, whereas the week after they need time to paint Easter eggs (and are still a brilliant lawyer as far as I am concerned). As a woman we feel we need to be everything, always for 100%: employee, mother, wife, friend, class mum… We cannot always do everything 100%, which is absolutely fine. Let us give ourselves and each other a break sometimes.

Why is it important that we “choose to challenge” and call out gender bias, discrimination and stereotyping?

We need to start looking differently at the world in general and the workspace more specifically. If we all hire who we look like, and who we know, we will never be able to create a workspace where there is room for outliners, people who think differently, who bring new ideas to the table and the board room. My husband is British and autistic, he is also in IT. Finding a job in the Norwegian employment market, as well as the Dutch market, is difficult for him. Whereas he has an amazing CV. Then why is he not invited: we believe because he does not have a Dutch last name. It is not that many generations ago where men believed women had to stay home, cook, and take care of the children. In quite a few cultures this is still the case. If women want to take that role, I am of course OK. But where they want to develop themselves and grow, we should be providing that opportunity. I love that my daughter just spent three years in Norway with us. A country where they teach boys and girls that they are the same and have the same outlook in life. In daily life you see female truck drivers, crane drivers, painters, and builders. Senior positions in companies are taken by women as well as men, although with (only) 25% of CEOs being female, Norway acknowledges it is not quite there yet either. My daughter learned how to make a campfire and gut a fish before my son did. I want my children to understand that they are biologically different, but that is it. Back to the discussion I had in the law firm in 2009, I choose to challenge the status quo because it was driven by uninformed entrenched positions. Hiring who we know, and who looks like us, would be one of those uninformed entrenched positions. I believe we need to start hiring “out of the box”. Invite someone to an interview who may not necessarily look like your most likely candidate. Give others a chance; change their lives and in doing so: change your teams and impact. I am pretty sure we will not regret it.

Click below to read the full edition of IWD2021 #ChooseToChallenge: Female Leaders Across The Globe. https://indd.adobe.com/embed/bb2678fd-fafb-4e5f-b57b-bbe97612e7cf?startpage=1&allowFullscreen=true