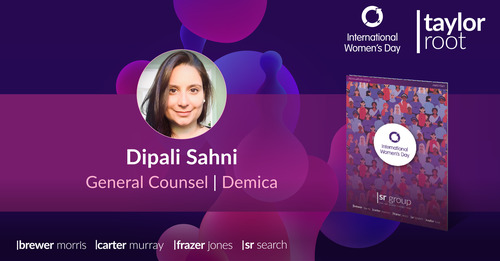 What skills and attributes do female leaders bring to create diverse leadership at management level?

Questions relating to ‘female skills and attributes’ always make me pause. I don’t believe that men and women are intrinsically that different. However, as a result of being socialised differently from a young age they often behave in a certain way. In an ideal world, individual personality traits would bring diversity to leadership, rather than the false two-dimensional diversity created by learned political, social and cultural norms. But until those norms are altered, we end up in a position where certain traits are more prevalent in women than men. For example, in meetings, men talk more than women, often to the extent that women don’t get much opportunity to speak. While the men are talking, the women are listening. A person who listens, absorbs, synthesises and ends up with a broader view than just their own which is more likely to result in more widely acceptable solution to a problem. Women tend to be more empathetic, allowing them to understand another’s position – very helpful if you are negotiating. Being empathetic also fosters more co-operation and collaboration in the workplace. Ultimately, the goal should always be to have a diverse set of individuals in a management team and throughout an organisation. Diversity in all its facets including in terms of experience, skills, personalities and style of working.

What does “choose to challenge” mean to you?

To actively and constructively challenge the status quo. Be that in the narrow sense of challenging the gender or other diversity imbalance in the workplace, or the wider sense of challenging traditional methods of working. Challenge can be expressed in different ways. Sometimes it is necessary to explicitly call out bad behaviour when it happens, but more often than not, it is more effective to use your power to instigate change. If you are in a position to select who you give business to, consider selecting those who live these values and confront those who don’t, on why they don’t. Instigate discussions on the topic of inequality at work to raise awareness and keep the conversation live. The world is changing; when I started work 20 years ago, people shied away from discussing what was perceived as an uncomfortable subject – the number of times I’ve heard men respond with ‘but what about us?’ when the issue of empowering women was raised - but now they are definitely more receptive to the conversation and although the landscape is far from ideal, I believe we are taking (baby) steps towards a more equal future.

What impact could Kamala Harris’ appointment to Vice President have on the next generation of female leaders?

I can't comment on what impact her appointment will have in a political/policy sense, but in terms of its symbolism, it will have a strong impact on the next generation of female leaders. It challenges the traditional notions of what power and leadership look like and allows women (especially younger women) to believe that it is possible to change status quo. This is most clearly expressed in a meme that was widely circulated around the time of her election – showing all the US vice presidents to date (all white men) and Kamala Harris – the contrast was stark. Having women in leadership positions inspires and encourages younger women. It is important not to underestimate the need for strong role models, those that you know and work with and those that you see in the media.

Click below to read the full edition of IWD2021 #ChooseToChallenge: Female Leaders Across The Globe.